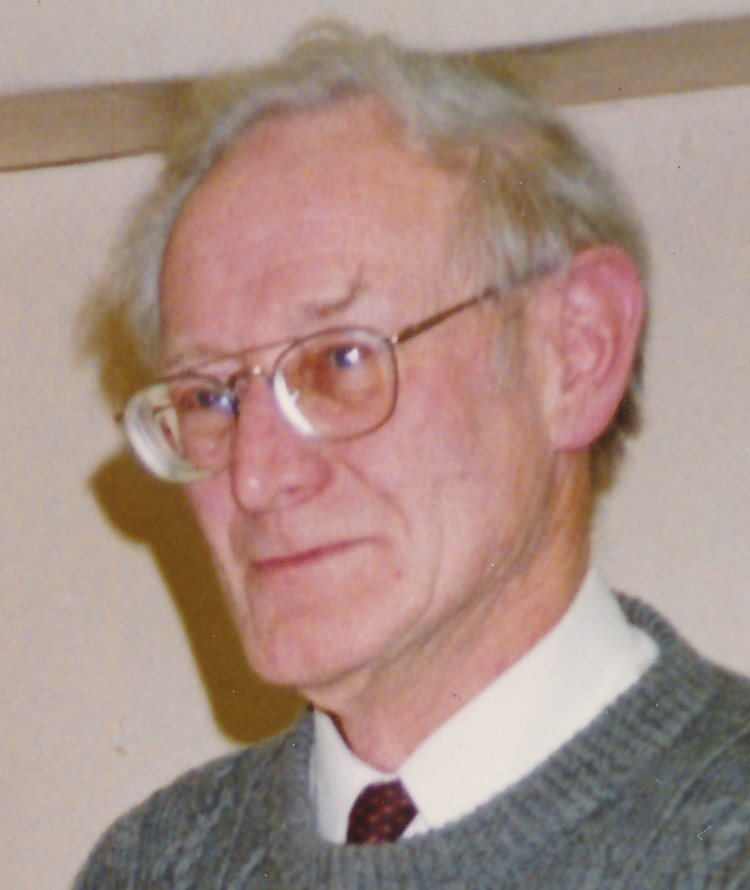 Heyford bells and ringing in Heyford and Bill's name will always be mentioned at the same time. Bill was taught to ring along with Hilda, later his wife, and Ted Garrett by Fred Browning when the ban on ringing was lifted just before the end of the war. Heyford at that time had only four bells, but with money from a legacy and local fundraising two new bells were added in 1946. Fred promptly made Bill Tower Captain, a duty he resolutely carried out for fifty years, gaining his 50 year membership of the Guild along the way.

I wouldn't like to guess how many learners he taught over the years at Heyford and elsewhere. His enthusiasm and interest especially with younger learners is something that should be a lesson to us all. His last two learners Joanna Walas and James Causebrook rang in a thanksgiving quarter for his life. It was Joanna's first quarter.

Bill was a trained engineer and served his apprenticeship for six years from the age of fifteen, so maintenance on bells came quite naturally. He gave great help when Peterborough Cathedral bells were being installed and stayed with Ernie Orland for a week. St Benedict's, Northampton also benefitted from his experience, not of course forgetting Heyford's rehang in 1979.

Apart from his ringing activities, other great loves were his painting - a variety of subjects with his railway studies always very impressive, and clock making. As a school teacher for nearly 30 years he passed his knowledge to future generations. His metalwork students at Spencer School in Northampton made the ornate weather vane atop Heyford tower.

Everywhere we look you will see something that Bill put a part of himself into - the visible things and a legacy at Heyford of enthusiasm, the sense of being part of a good team, his sense of commitment to his church and us all and a set of principles that I think he must have kept from an early age and never altered. His family Hilda and daughters Janet and Alison have always given him their support in all his activities and support us still. Our memories of him on a cold winter's practice night, in the pub afterwards, of his help and kindness in our ringing and his help to anyone who requested it, are his legacy to us all.