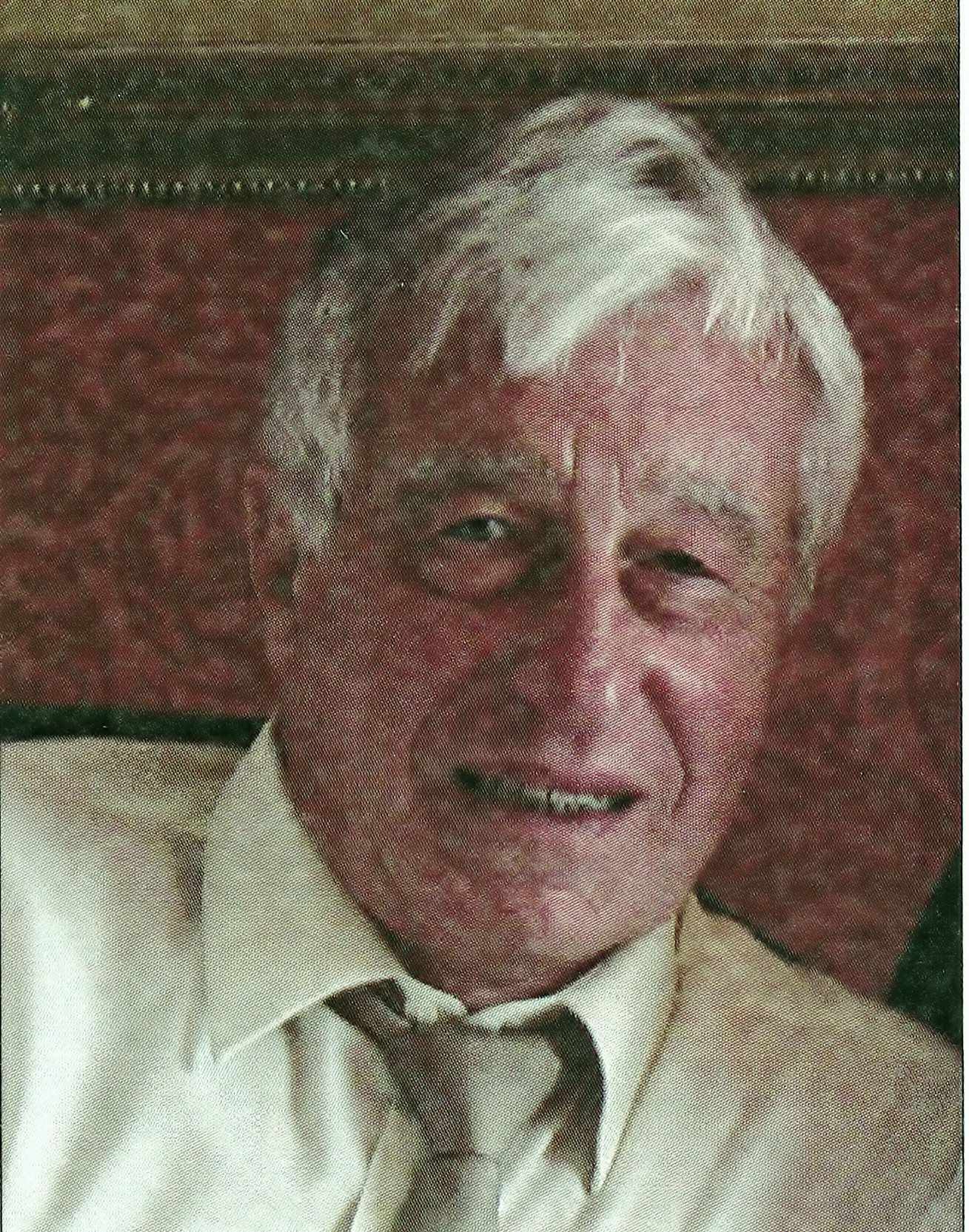 Ivor learned to ring aged 10 at Blisworth [and joined the Guild as a member of Blisworth, Northampton Branch in 1949]. He later joined the band of Roade ringers, a young team that spent their teenage years cycling around Northamptonshire visiting other towers. Some of those friends are here today. Later they progressed onto motor cycles and then cars. Sometimes they went on coach trips together with their families to towers further away and later still weekends then weeks away.

Ivor met Jean, also a ringer, from Earls Barton and after their marriage he taught recruits to ring at Earls Barton and, after they moved to Irchester, he built up a competent band. He helped to teach in other towers and was always very patient with the learners there.

He did small maintenance work on the bells in Irchester tower, mending stays and splicing ropes. He also made the rope spider in the shape of a St Katherine Wheel out of broken bell stays.

In 1976 he became Irchester tower captain and with this came the job of clock keeper. This meant climbing the 37 stone steps twice weekly to the clock room taking around 30 mins each time turning the handles to raise the heavy weights. He always checked the clock weekly making sure the time was correct. Ivor carried out this role for over 32 years until the electrification of the winding in 2008.

Ivor was press correspondent, general management committee representative, assistant ringing master and ringing master for the Wellingborough Branch over a number of years and served on its committee until 2017. With Kevan Chapman, Ivor established the branch website.

With his considerable engineering and mathematical abilities, he built his own ringing machine which has been very useful at branch and young learners meetings.

He gave up as Tower Captain at the end of 2017 owing to ill health.

He was also the PCC Secretary for about 8 years and served on the church council.

I met up with Ivor and Jean again in 2006. I had not rung for 30 years owing to family commitments and playing sport. They made me very welcome and I soon learned to ring again. My thanks go to both of them for helping me feel part of our band! We will miss you Ivor.

The bells were rung before the funeral and Ivor's coffin was rung into church with 10 minutes of rounds ending on time in diminishing rounds. There was general ringing after the service and during the cremation at Nene Valley Crematorium. There were refreshments afterwards across the road at the Irchester Bowls Club.