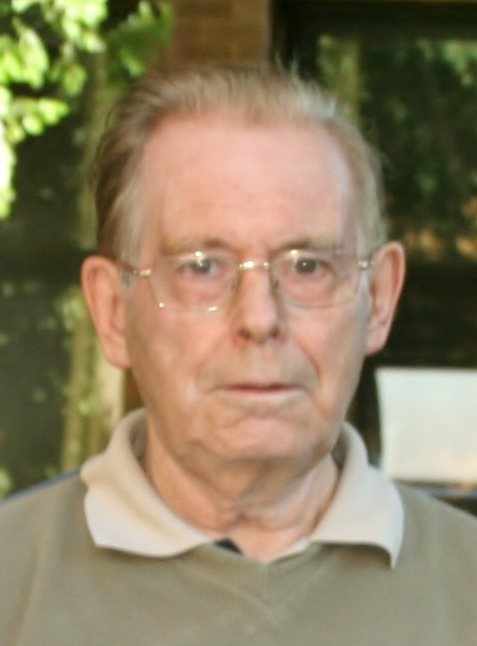 George Ernest Green was born on December 15, 1928, at Wicken, indeed he was born in the house that he bought for his family home in 1957, and in which his son Andy now lives with his family. His father Albert John was a well-known Wicken bellringer as was his grandfather who shared his name. It was only natural, therefore, that young George should be a ringer too.

He was educated at Deanshanger primary school and Towcester Grammar school where he excelled in Maths and played an impressive game of Rugby. George sang in the choir in this church as a boy. From there he went on to London to train as a Maths teacher and was introduced to a better class of ringing with the band at St Mary Abbotts, Kensington. He also rang regularly at St Paul's Cathedral and at other London towers that had not been damaged or lost through the efforts of the Luftwaffe.

His first peal was rung at All Saints Poplar in 1946, Stedman Caters conducted by Thomas Taffender, one of the ringing ‘greats’ of the day. Soon after he was elected to membership of the Ancient Society of College Youths with whom he was to ring eight peals, the last being Grandsire Triples at Easton Neston in 2006, when Steph Warboys was Master trying to ring with all the Northamptonshire members. However George realised that teaching was not for him and he returned to Wicken. He was soon on the move again, this time to Aldershot to join the catering corps, as part of his National Service. He told me he didn’t really like this part of his life, being ordered about by a bully of a Sergeant Major, doing things that he regarded as pointless, like whitewashing the coal. He was glad to leave the army at the earliest opportunity and return once again to his beloved Wicken.

George was a very practical man, he was a good carpenter and found employment with his brother, Jack, who was forming a business making things out of wood. He married Margaret in Kingsthorpe Church and soon they had their family Pat, Andrew, Robin, Richard and John. George got a job with the Pay Corps at Wootton Barracks, this time as a civilian. From there he got a job with the Post Office where he worked for a few years before moving into banking at Lloyds Bank Winslow. He would remain in the bank at Winslow and then at Stony Stratford until retirement.

George was a great raconteur, one of life’s characters. He would love to tell the customers tales of his ringing exploits, his family of whom he was very proud, and anything else that had happened to him. He was very proud of the fact he had signed the Lord Lieutenant’s passport application. George once had a row with the eccentric parson here, Paul Hoskin, which gained him notoriety on the front page of the Chronicle and Echo. The parson accused George of losing Wicken first place in the tidiest village competition on account of a weed growing out of his roof. It later transpired that weeds around the lych gate were the cause of Wicken’s disappointment. Soon after, George put a new roof of green tiles on his house.

George had been a regular at the Monday night practice at Stony Stratford, where many of us benefited from his experience and conducting ability and kindness in providing lifts. Following retirement he moved from Wicken to Hardingstone to a smaller bungalow and he started ringing at Piddington, Moulton and Nether Heyford where his experience was much welcomed. Not long after retiring from the bank he was invited back as part time guard at Billing Road branch. Here, again, he loved talking with the customers and telling his stories. If a senior manager should appear George would corner him and start talking so they always left in a hurry.

Again when Towcester augmented the bells to twelve George rang there. His experience on 12 helped the new band to gain experience in Stedman Cinques and Cambridge and Yorkshire Maximus. He always enjoyed an outing, and although he was only of small stature, he was a master on a heavy bell. On one outing they went to Exeter Cathedral, the second heaviest peal of bells in the world, tenor 72cwt. George, never shy of challenge, made straight for the tenor box, a very large box, he pulled the rope and the bell stayed still, he pulled until it came off the balance and lifted him up off the box and deposited him on the floor. Not being one to give up George scrambled back onto the box regained control and rang the bell faultlessly. This story was always told to new ringers who came to Wicken in the lych gate while the rest of the band beat a hasty retreat to the pub. The longest anyone has been caught by George in the lych gate was 45 minutes.

George went on many outings, ringing in many towers and cathedrals, including a quarter peal at Wells. For those of you who like records, George rang 251 peals, conducting 58, he rang 49 of those at Wicken. His last peal was Yorkshire Surprise Major at Moulton on Trafalgar day 2007, where there is a peal board recording the event. I am proud to say that I rang in 50 of his peals