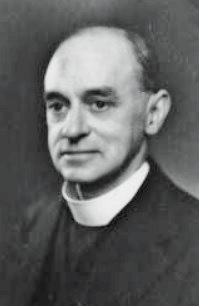 Leonard Seymour Clark was born in St Stephens Rectory, Ipswich. He started ringing in 1899 no doubt on the three bells with ropes falling in a straight line at this church, of which his father William was rector. He went up to St Catherine’s College, Cambridge in 1900, gained a BA in 1903 and MA in 1907. His ringing continued such that he was Secretary in 1901 and Master in 1902 of the University Guild. There is a Bell News report of ringing in December 1902 in which Leonard rang the treble to a 720 of Bob Minor at Great St Mary’s and handbells 5-6 to 576 changes of Bob Major.


He was ordained priest at St Albans in 1905 whilst a curate at Hemel Hempstead from 1904 -8. It was at Hemel Hempstead he rang the treble to a peal of Grandsire Triples on December 29, 1905 for the Hertfordshire Association. This was reported as his first peal. His CCCBR biography states that he rang two peals but no details of the second have come to hand.

The Ringing World in 1916 reported Leonard and a local ringer with others from Peterborough, Kings Cliffe and Elton ringing touches of Grandsire at Elton. Dr Faber, once Rector of Elton, was supposed to have these fine old bells in his mind when he wrote the hymn, "Hark, Hark, my Soul."

Leonard attended the inaugural and first annual general meeting of the Guild in 1924 and was elected a CCCBR representative for 1924-6, but he only attended in 1924. He was secretary of the Oundle Branch from its foundation in 1924 until 1937 and was the branch auditor until his retirement in 1951, presumably, to Stow on the Wold which is where the CCCBR reports that he was buried