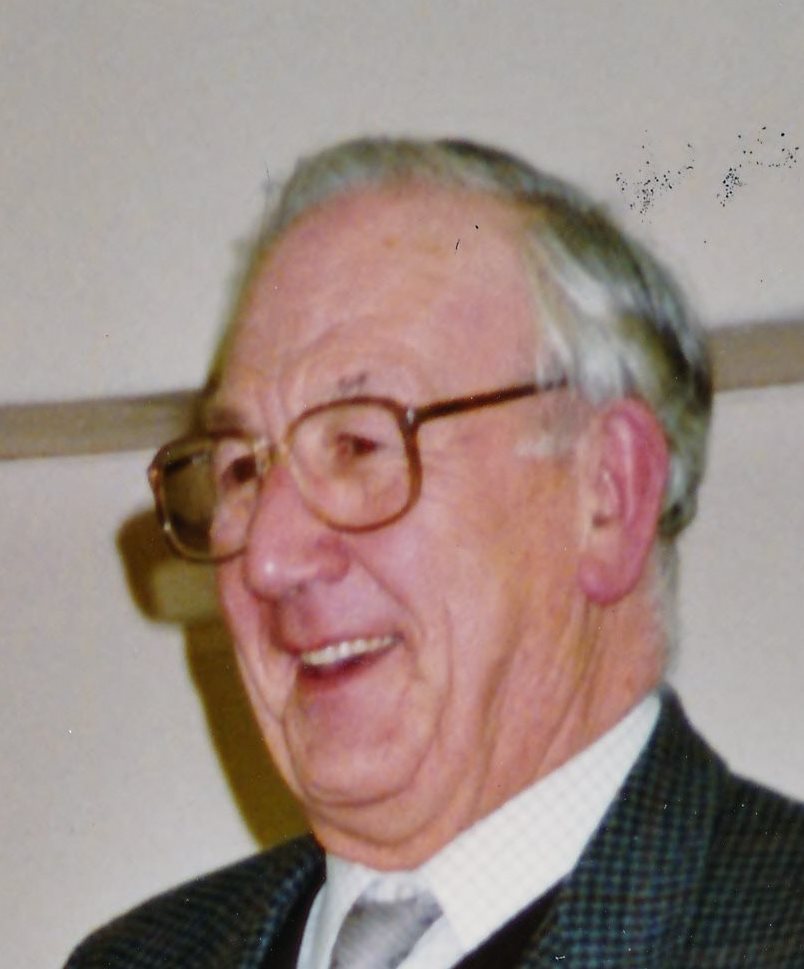 Ted attended Bliss School, Nether Heyford, Northamptonshire and then Daventry Grammar School. He left with good grades on his school certificate; from then he joined the railway as a clerk. Then in 1945 he was called up for national service in the Royal Navy. He was proud to have served on the battleships HMS King George V and HMS Duke of York as a telegraphist and radio mechanic. He left the navy in 1947 and returned home to the family and the railways. After a number of years, he changed employment to become a civil servant. Hed retired at the age of 65.

His interest in the railways remained with him but his greatest interest was bell ringing. He started when he was a teenager with two friends, Hilda and Bill Collins. Ted was taught to ring by Fred Browning at St Peter & St Paul Church, Heyford, at this time an anticlockwise ring of 4 bells, before the rehanging and augmentation to 6 bells in 1946.

On June 23, 1945 at St Luke’s Cold Higham a peal of Plain Bob Minor was rung by a team of six including Ted. It was Ted’s first peal along with Nancy Lovell, Hilda (née Smith) and Bill Collins. The treble was rung by Fred Browning, who taught them to ring and conducted by Fred Vickers calling his first peal.

Ted joined the Peterborough Diocesan Guild of Church Bellringers in 1946 at the age of 18 years. He held several posts both at guild and at branch level. He was the Guild’s Peal Secretary from 1963 to 2013 and was elected as a Life Honorary Member in 2004 for outstanding service to the Guild.

Ted rang a total of 103 peals, 96 peals were accredited to this guild. Ted’s total included 77 peals of Minor and also seven peals of Stedman Triples conducted by John Pladdys (renowned Stedman conductor). He rang with many notable peal ringers of the time and he rang in 19 ringers’ first peals. His last peal was at Great Brington Church on the Althorp Estate on the September 6, 1997.

Ted was a loyal member of the Nether Heyford band, as well as being church warden for more than 50 years. He participated in many striking competitions and was part of many winning bands for Heyford. He also attended Bugbrooke practices for as long as anyone can remember and supported Staverton practice for many years. It was only when he could no longer stand that he gave up this lifelong interest. He is sadly missed by all who knew him.