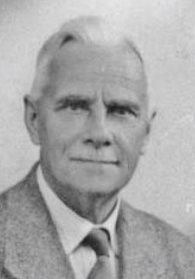 William Rose was born at Thornham Magna, Suffolk where he learned to ring in April 1897. ‘Billy’ was a very apt pupil encouraged by the Symonds family. William’s first of many mentions in Bell News was for ringing the treble to 600 changes of Morning Star, April Day, The Dream, Bob Doubles, and Grandsire Doubles after service on December 26, 1897 at thirteen years of age. On Saturday, December 3rd, 1898 he rang his first quarter-peal ringing the third to nine methods.

After a failed peal attempt at Brome on April 12, ringing the 2nd for over two hours, he rang his first peal aged 14 at his home tower on April 26, 1899, treble to seven methods for the Norwich Diocesan Association which covered Suffolk in those times. This was in a very active tower including some handbell change ringing (starting with one in hand). The momentum increased when a treble was added in September 1901. William was conducting long touches of minor by 1902 under George Symmonds’ eye. He rang his first as conductor on March 2, 1903 (Kent, Oxford TB & Plain) and it was through him that 100 peals had been rung in the tower by 1924. In May 1908 he rang a peal of Double Norwich on the eight at Debenham and Cambridge S Major in 1912 and Superlative in 1913 with Eye ringers.

We must assume that William and several of the local band joined the forces for the Great War 1914-1919, the end of which was marked at Thornham Magna with a peal on November 4, 1919 when five of the band, including William, “had recently been demobilised from the Army”. William took over as District Secretary for the Eye district of the association in early 1921. Later that year Thornham Magna rang its first peal of seven surprise minor methods.

In July 1921 a peal of Superlative at Palgrave marked William’s departure to Erith, Kent, although he was home ringing at Christmas and Easter. His return home was heralded by a peal of Stedman Triples at Erith in February 1923. It seems likely that he was training as a teacher.

By Autumn 1924 he appears at Peterborough with the first of many peals at St Mary’s and then rang peals around that area for three Guilds (Ely, Lincoln and Peterborough) finally totalling over 160. His eight-bell ringing was not getting much practice, so he appears back at Debenham ringing Double Norwich in August 1925 which was rung “to oblige him”. On September 25, 1926 he rang at Thornham Magna “a wedding peal for Mr W Rose”. Reading from his obituary, we assume that he married Florence but where we have not established and they had at least one daughter.

Around Peterborough, he rang several peals of minor, usually seven methods conducted by Horace Day. In 1929 he was involved at Whittlesey with the rededication of the bells and conducted the first peal on the eight in January 1930. In 1931 his long association with the eight at St John’s Peterborough began with a quarter peal of DNCB in June “longest length on the bells in any method since their restoration in January, 1931.” Later that year he had a return visit to Erith to ring in a peal of Superlative comprising a band whose surnames were tints or colours from seven counties, conducted by Alan Pink!

He kept contact with Thornham Magna with peals there and arranged two peals in a day at Woodston and St Mary’s for Thornham ringers in 1935. In 1937 he rang his first Grandsire Triples as a birthday peal at Whittlesey!

He was President of the Guild’s Peterborough Branch from 1940 through the war until at least 1948. He was a Guild CCCBR representative from 1945 until he retired in 1956 and they moved to New Zealand to be with their daughter. He remained an unattached member of the branch until his death. Local ringer Mr Goakes reported in the Ringing World that bellringing in Peterborough suffered a severe setback on his departure.

His death in New Zealand was announced in the Ringing World and included a note from George Symmonds (nine years his senior) who claimed to have trained ‘Billy’ from 1900. Quarter peals were rung at both St Mary’s and St John’s Peterborough on April 28, 1963 in memoriam.