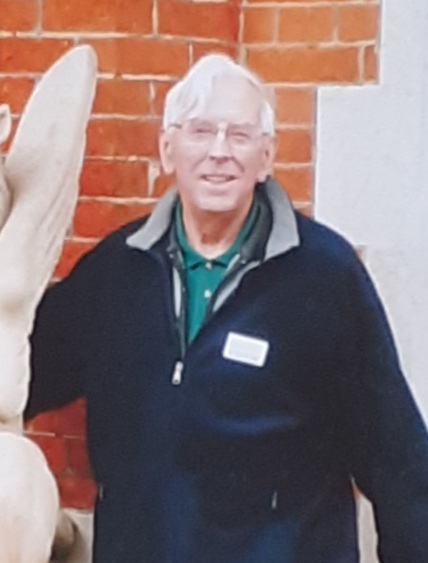 Our Dad, Cecil Swann, sadly passed away on Saturday 12th March 2022. He was a long time and much-loved member of St Luke’s Church, Duston, Northampton. In fact, the other day our Team Vicar said to a member of the congregation that Cecil was part of the furniture ..… and the person replied, quite rightly, that he had made most of the furniture! Over many years Dad was a bell ringer in the Diocese including St Luke’s, where he was Tower Captain from 1975 until 2021, he was a member of the PCC, the Church Committee and the Churchyard Team.

Dad was born on the 21st December 1933 in Great Oxendon, one of three children to parents Samuel and Eva. Cecil was the youngest of three cygnets, he had two sisters Vera and Gladys. He grew up living in a railway terrace cottage at Clipston and Oxendon Station because his father was a signalman. He was baptised at Barnack Church near Stamford with his cousin Phyllis on the 1st April 1934. Dad’s mum, not only looked after the house and the children but also cleaned in the village and helped care for boys evacuated from a school on the south coast. Electricity only arrived in the cottage in the late 1930s, the toilet was outside, and the drinking water came from a pump above the well in the garden.

Dad fondly remembered his childhood where the backyard and gardens were full of what was needed to subsist… pigs, rabbits, chickens and space for growing vegetables. Some of his early memories include roaming the fields, playing down at the brook, blackberrying along the field hedges, mushroom gathering and rabbiting during the war – the latter of course included keeping an eye out for PC Payne the local policeman!

He went to school at the local Church of England Infant and Junior school and then on to Clipston Endowed School until he was 15 years old. In January 1949 he started a five-year carpenter and joiner apprenticeship with Charles Binley Builders in Market Harborough which included both theory and practical training and was where he learned the skills that many of us came to appreciate.

Dad undertook two years of National Service in the RAF at various locations across the country, notably at Horsham St Faith Norwich where he was one of the first ten men to start a new modification unit, as they wanted someone with woodworking experience to make small covers to protect pipes and cables, amongst other things, once the ejector seat was removed from aircraft.

After National Service he became a woodwork teacher at Daventry Secondary Modern School. He met his future beloved wife Jean through mutual relatives, and they married on the 1st June 1963 after Dad asked her “How would you like to have cygnets?!” Nicholas was born on the 9th October 1964 and Elizabeth was born on the 1st May 1967.

In about 1972 he moved to Campion School, Bugbrooke and he was there until he retired in July 1992, but continued with his woodwork evening class until Covid struck and had close links with Campion for 50 years.

Mum and Dad were so proud to have Sylvia and Scott as their daughter-in-law and son-in-law and they adored their Grandchildren William, Amy, Oliver and Christopher.

As well as woodwork, which he sold at local craft fayres and accepted local commissions, woodturning, and bell ringing, Dad was also a member of the Northamptonshire Industrial Archaeology Group (NIAG), a member of Northampton and Lamport Railway, a keen gardener and loved a bit of DIY.

Dad was always easy going and fair, but he didn’t suffer fools gladly and would speak his mind if need be. He was a friend to many and well respected. He was a gentleman and a legend! He was created in the make do and mend era – waste not want not! He was very supportive of his family and friends and nothing was too much trouble. Someone once said, “if you are a friend of Cecil’s you’ll have a friend for life”.

Although Dad had a good life, well lived, the last month was not the best and he just wanted to be reunited with our Mum. We find comfort that they are together again. He struggled during Covid, not being allowed to do the things that kept him going, especially with his mobility. He always kept a smile on his face, was polite and never complained; and this was commented on by several of the nurses about what a nice man he was. One even said he was her favourite patient! His stubbornness and determination to do things for himself and not ask for help kept him going. One thing is for sure, Dad would not want us to mope, he would want us to live life the best we can and always be kind to others.

Entry: Amazing Grace: Mum’s favourite, it was one of their wedding hymns and was sung at her funeral.

Lord of all Hopefulness: because Dad was very skilled at the plane and the lathe.

Abide with Me: this was Dad’s chosen hymn.

Belfry Praise: Dad was a ringer for over 70 years, having learnt to ring at St. Helen’s Church, Great Oxendon in 1951. He started ringing at St. Luke’s after he married in 1963 and became Tower Captain in 1975 until Covid lockdown. Sadly frailty took hold as he wasn’t able to go out and about and be as active physically as he used to be. Liz took over as Tower Captain last year, with help from the other ringers, and Dad became tower advisor. He was a Life Honorary Member of the Peterborough Diocesan Guild of Church Bell Ringers.

Dad had a lifelong love of steam trains and also a nod to his years of being a member of NIAG.

We would like to thank everyone for their help and support for him over the years since Mum died (on 5th May 2009), since Covid struck, the last month of Dad’s life, planning the Funeral/Celebration of his Life and their help on the day. Thank you all for the beautiful cards, flowers, and kind words. We are so very grateful.