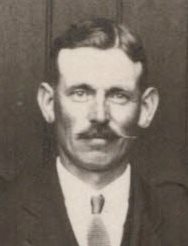 Robert (Bob) G Black was born at Nassington, son of George and Fannie Black. His father George was a bricklayer and a ringer at Nassington. Around 1905 the family moved to Geddington, where Bob started to ring. His first peal on December 27, 1911 was called by his father with a footnote "Rung by the local band". He started work at Ambery Builders in Geddington at the same time as Murray Coleman’s grandfather, as a bricklayer, although he preferred to be known as a stone mason.

After the Great War, he returned to Geddington, but rang at the neighbouring six-bell tower of Weekley from 1921 - 7. Under his guidance a minor band was formed and became a frequent peal ringing band.

In 1924 Bob was District Secretary of the Kettering Branch of the old Central Northants Association and continued as Secretary of the Kettering Branch of the new Guild until July 1926. In March, earlier that year, he was appointed as Guild Secretary to cover the resignation due to ill health of Mr David J Nichols and this was confirmed unanimously at the Guild AGM on May 24, 1926 held in The Plough Hotel, Northampton. He remained as Guild Secretary until 1949. He was made a life honorary member in recognition of his services. He was a Guild representative on the Central Council from 1926 to 1937, and was a regular reader of The Ringing World since the paper was first published.

Bob married Doris E York on August 1, 1931 at Kettering. This led to a special ringing meeting of the Guild on October 10 in Northampton where a presentation was made in celebration. They had a daughter who became Mrs J Bradshaw.

Bob rang around 150 peals, being most active between the two wars. Initially they were mainly of doubles and minor, but he did call peals of Plain and Treble Bob Major, Cambridge and Superlative and rang Stedman Caters and Cambridge Royal.

He rang in the last peal by the Central Northants Association (at Twywell in December 28, 1923) and in the first peal by the Peterborough Diocesan Guild (at Desborough on Feb 9, 1924). He rang regularly from 1937 -54 at Kettering, where he rang his last peal. The peal of Grandsire Triples in March 1954 was rung to commemorate the 225th anniversary of the first peal on the bells. It was Bob’s first peal in that method as conductor and 50th as conductor.

Advancing age and failing health prevented him from active ringing for his later years, but he did attend the Guild’s Golden Jubilee gatherings.

Bob died aged 87 on June 19, 1976. The funeral service took place at Geddington on June 24, conducted by the vicar (Revd T Woolfendon), assisted by the Guild President (Revd E G Orland). Members of the Guild rang the five bells half-muffled before the service and as the cortege left the church for Kettering Crematorium. The following evening a half-muffled quarter of 1,279 Plain Bob and Grandsire, was rung at Geddington : Pamela Denney 1, Enid Watson 2, G E Watson 3, D Mossop (C) 4, C N Stephenson 5. A peal attempt at Kettering was lost.

He bequeathed his bound volumes of the Annual Reports (two volumes) and a very old book called ‘A Key to the Art of Ringing’ to the Guild. 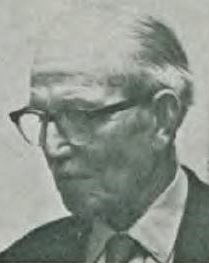