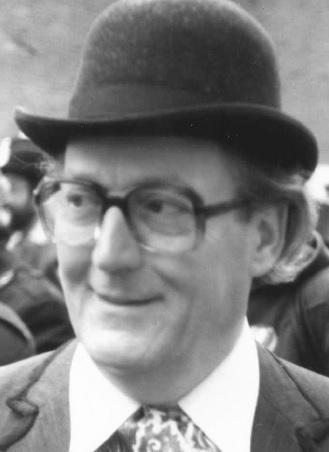 Patrick Ivan Chapman was born at Kettering on December 30, 1931. Many ringers now wellknown in the Exercise began their ringing careers when bellringing resumed after the Second World War and Pat Chapman was one of these young lads. Taught at Kettering parish church in February 1945 by old hands Charlie Bird and Bob Turner, Pat rang his first peal – Bob Major at Rothwell – on December 26, 1946 whilst still 14.

For the next 40 years or so ringing was his passion and he went on to become Ringing Master of the Kettering Branch of the Peterborough Diocesan Guild, then from 1958 to 1963 Master of the Guild itself. He was elected as a Life Honorary Member in 1966.

He was also a Central Council Representative for the Guild from 1954 to 1968. With his friend, Bryan Cope, he encouraged many young ringers in and around Kettering to advance in peal ringing and took part in several of the early Rambling Ringers’ Tours under the leadership of the indefatigable John E Cook.

Although not a ‘prolific’ peal ringer by today’s standards, Pat took part in some notable performances including ringing the heavy tenors to peals at Sherborne Abbey in 1954, Buckfast Abbey, Norwich St Peter Mancroft and Hoar Cross.

Pat was elected to the Ancient Society of College Youths in 1954 and rang 14 peals for the Society in his total of something over 400 peals. He featured in The Ringing World’s ‘Personalities of the Exercise’ in 1961, where it was observed he had rung over 94,000 changes on the 4th bell at Loughborough Bell Foundry in five, unfortunately unsuccessful, attempts for the extent of Bob Major!

On October 27, 1955, Pat married Joan Morris at Kettering. Joan was nanny to the rector’s children at Kettering and could ring a little but her main contribution became the provision of coffee, meals and accommodation to ringers, often whole peal bands, and sometimes without notice! Indeed it could be accurately said that they both kept ‘open-house’ to all ringers.

In 1956, they moved to Daventry for Pat to become a work-study engineer at British Timken. He soon became churchwarden at the parish church of the Holy Cross and, with his accustomed enthusiasm, was instrumental in having the bells rehung and augmented from 8 to 10, on which many peals followed: Peter Border, Stephen Ivin and the Alan Frost being frequent visitors.

Sadly, Joan died in 1973, leaving Pat with two teenage children, Dominic and Claire, to bring up and so started his second career. Working through the night he became one of the first graduates of the Open University and then secured a teaching post at the Abbey School, Daventry, where he taught for nearly 20 years.

His love of the Fine Arts led him to become a very keen traveller, especially in Italy and the USA, spending his summer holidays lecturing at the Uffizi, Florence and at the Pittsburgh Institute of Art.

Back in Daventry, a fast expanding town, he was anxious to see the historic streets protected and this spurred him to set up the Daventry Civic Society in the early 1980s. The old coaching street – Sheaf Street – was indeed preserved and Pat moved into a delightful Listed house there, over a bookshop which he ran for a time with his daughter, Claire.

Unfortunately, heart problems together with an increasing disaffection of the modern-style C of E liturgy caused Pat to take a back seat in bellringing for the last 20 or so years, but he always maintained contact with ringing friends far and wide.

Of indomitable spirit, after several heart attacks it was still not uncommon for friends to receive cheery postcards from China, or from Australia after Dominic’s emigration to Sydney. One of his last trips was to Poland where he fulfilled an ambition to see Leonardo da Vinci’s ‘Lady with an ermine’ in Cracow. A fall just before Christmas and more heart attacks put Pat in hospital where, typically, he instructed that no DNR (do not resuscitate) notice was to be attached to his bedside! Careful nursing sustained him for another 6 weeks.

Pat died on February 11, 2004. He had not rung for the last 20 years, one of the later occasions being a quarter peal with Chris Pickford and Chris Dalton on Everdon’s notorious treble in 1981. He was gladly greeted when he turned up without warning for the annual meeting of the Daventry Branch at Holy Cross in 2001 and 2002.

On Friday, February 20, Holy Cross, Daventry was filled with many ringers and friends from all over the country, Bryan Patisson flying in from Geneva, paying their respects to a true ‘Stalwart of the Exercise’. Appropriately, the funeral service concluded with music from the Russian Orthodox liturgy. 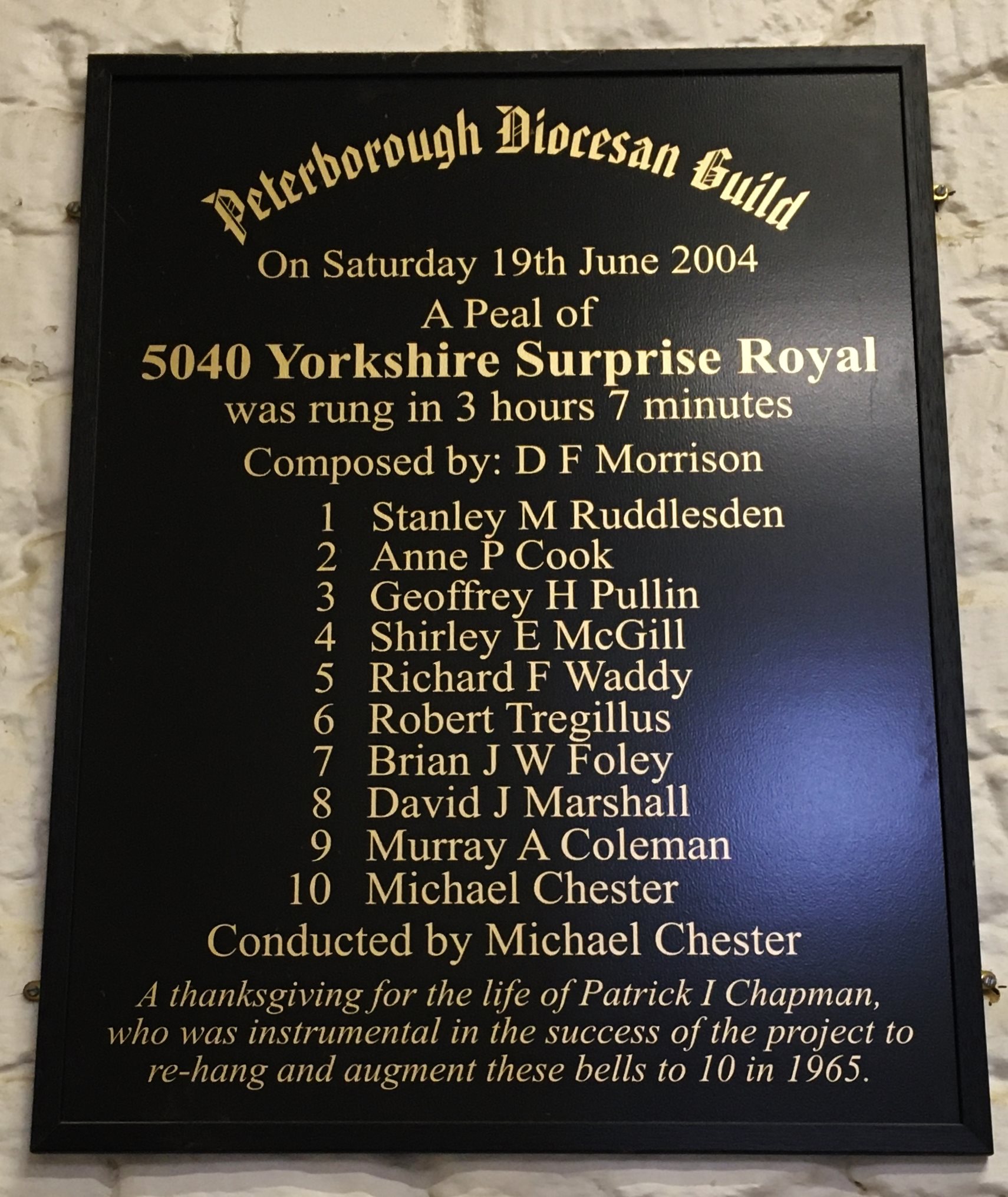